Are you ready to ramen?

Click on our latest reviews below or find more on our ramen page. 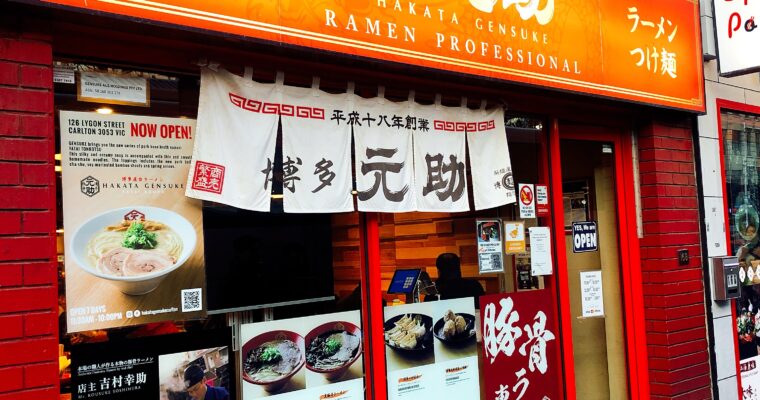 I NEVER thought that I could ever acquaint ramen broth like fine champagne but that’s exactly what came to mind when I first slurped the tonkotsu from Melbourne’s popular Hakata Gensuke in Russell Street. I ventured there with Ramen Girl and the “Commish” (a mate …

I ADMIRE non-Japanese learning the art of perfecting Japanese dishes. Take American Ivan Orkin for instance who set up two ramen-ya in Japan (which got a cult following), and then packed everything up and moved back to New York City to open back in the … 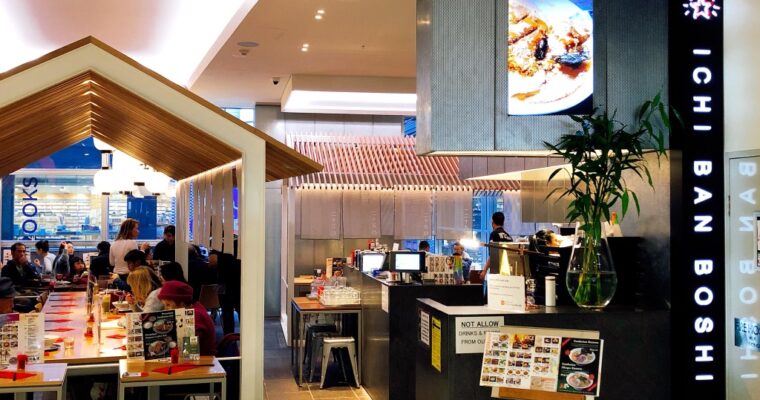 I CAN still remember where I had my first ramen. It was at Japanese noodle chain Ichibanboshi’s Sydney restaurant and it was its Tokyo-style ramen – a light soy- based and filling soup that introduced me to ramen. I’m pretty sure a lot of Sydney-siders …

Are you ready to ramen?

Japan’s working class hero, a social equalizer and the staple of Japanese truckers (remember the movie Tampopo)? Funnily enough, ramen isn’t even Japanese as these thin, yellow egg noodles (that just beg to be slurped), were imported to Japan from China. Ramen is an amalgam of the Chinese “ra” (to stretch) and the Japanese suffix “men” (for noodles).

Ramen-ya (ramen cafes) are hugely popular in Japan and despite its proletarian image ramen connoisseurs include anyone from truck drivers to Harajuku Girls and Japanese steel magnates. It’s also big business – ramen is exported all over the world (usually the packaged dried instant noodle variety -which was invented by Taiwan’s Momofuku Ando in 1958), which has been a staple in the diet of university students globally.

The current “ramen craze” is not just limited to countries outside of Japan. Ramen is so popular in Japan that there is even a ramen museum in Yokohama which traces its history and rise as a culinary icon and includes a replica 1950s’ Tokyo suburb where devotees can saviour local regional specialties of ramen soup. Michelin is also rating ramen-ya around the land of the rising sun.

And here’s something ramen nerds can quote at their next bowl with friends – economists use the noodle as an economic measure. In Thailand there is an economic index based on sales of instant ramen – the Mama Noodles Index (Mama is Thailand’s biggest instant noodle maker), which is used to reflect economic times in the Kingdom. The theory is that increased sales of instant noodles, which are usually cheap, occurs because people can not afford more expensive foods. The economic value of ramen can therefore not be underestimated!

I have been told that instant ramen is also an alternative currency in some US prisons!

So what can we expect in a decent bowl of ramen (not the packet or cup kind)? Good Japanese-style ramen uses fresh eggs noodles (the best are handmade), with the broth made with dashi (a basic stock) and chicken or pork bones (sometimes including a pig’s head), vegetables and soy, salt tor miso added (the tare), depending on the style and region.

The soup is ramen’s soul and ramen chefs can spend a couple of years just learning to perfect their broth.

There are four distinct styles of ramen: shoyu-ramen (soy ramen) from Tokyo; shio-ramen (salt ramen) and miso-ramen (ramen in a miso-based broth) and both from Sapporo; and tonkotsu-ramen(ramen in a white pork broth) from Kyushu.

Fresh ramen noodles are cooked until katame (‘al-dente’) and served in the hot broth usually with toppings like sliced pork, bean sprouts, spring onion, naruto-maki (the thinly-sliced white fish cake with a pink swirl), nori and an ajitsuke tamago (a partially runny-yolk and marinated boiled egg).

Depending on the style (or the chef), it isn’t unusual to also find sweet corn, spring onion, strips of pickled bamboo, cloud-ear fungus and other delights (ramen is becoming one of those dishes that is starting to change through innovation and fusion). During the warmer months, tsukamen may be featured on ramen-ya menus where cold ramen with assorted toppings are served separate to a rich an unami-packed broth on the side which you use to dip all your accompaniments.

If you are lucky to visit Japan I can recommend two excellent language blogs devoted to savouring ramen both written by expats living there. The first is Ramen Adventures and the other is Ramen Beast which comes with its own iPhone app with a map of reviewed  ramen-ya around Japan.

What to learn more?

If you want to learn more about ramen styles, NY Times cooking columnist and author J. Kenji Lopez-Alt has written an excellent article on his exceptionally great blog – Serious Eats.

Amateur ramen cook Mike Satinover (aka Ramen Lord), is a great blogger to follow and has produces excellent articles on Reddit: https://kinja.com/ramen-lord for first timers wanting to delve into Ramen’s dark arts (and learn about tares and stocks and noodles). He has also contributed to the 2019 ramen publication: Let’s Make Ramen!

Are you now ready to Ramen?

Searching is in progress

This blog is dedicated to ramen slurpers around the world and is a collection of thoughts on ramen bowls eaten around the globe.

As the Ramen Zealot resides for a good part of the year in Australia ramen devotees will find that content may be more skewed to ramen-ya Down Under on this site but rest assured that when the Ramen Zealot travels abroad you will find reviews of ramen bowls  from other countries including Japan – our Mecca.